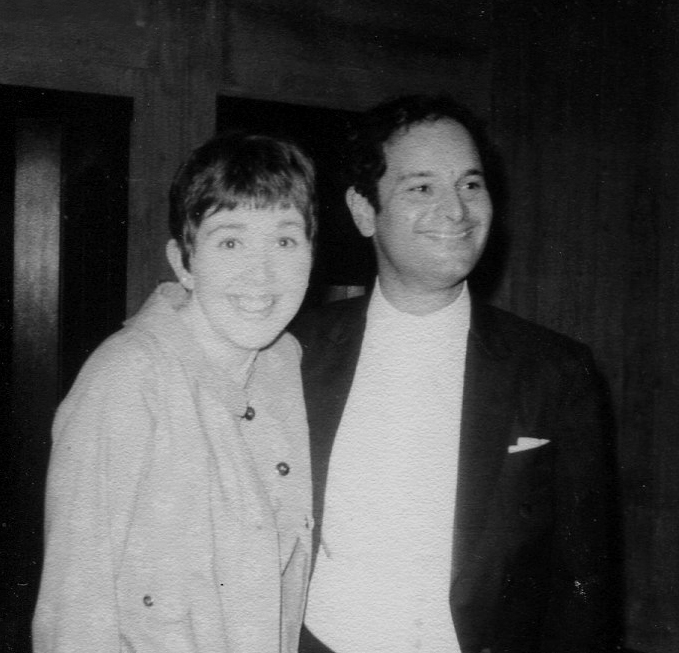 André Tchaikowsky composed the Seven Shakespeare Sonnets in 1967 for mezzo-soprano Margaret Cable (pictured here with André Tchaikowsky). Their paths crossed at the Dartington Festival and Tchaikowsky was so taken by Cable’s talent that he immediately set to work to compose these songs for her.

The sonnets that Tchaikowsky chose for this set of seven songs are not the most well-known of Shakespeare’s sonnets. Perhaps it was a subconscious decision on Tchaikowsky’s part or a tenuous link drawn by myself, but the estrangement of the beloved is reflected with the first sonnet being the most well-known of the collection and gradually, as grieving progresses, the verses become more obscure. The speaker realises that beauty is in the eye of the beholder and that what is seen here is perhaps the sweet memory of a love that once was truly in bloom.

To me, fair friend, you never can be old,
For as you were when first your eye I eyed,
Such seems your beauty still. Three winters cold
Have from the forests shook three summers’ pride,
Three beauteous springs to yellow autumn turn’d
In process of the seasons have I seen,
Three April perfumes in three hot Junes burn’d,
Since first I saw you fresh, which yet are green.
Ah, yet doth beauty, like a dial-hand,
Steal from his figure and no pace perceived;
So your sweet hue, which methinks still doth stand,
Hath motion and mine eye may be deceived:
For fear of which, hear this, thou age unbred;
Ere you were born was beauty’s summer dead.

The piano introduces a drooping picture. Two-note figures create a broken melody and so the music feels its way through the broken lines. One could imagine the spurned lover trying to trace the contours of the remembered beauty of the “fair friend” with her fingertips on a cold, rain-teared window pane. Perhaps she is looking on as the beloved leaves through the garden gate without a backward glance. The music and text reminds me of Paul Verlaine’s Il pleure dans mon coeur.

The voice enters quasi recitative, hesitantly uttering the opening lines. Throughout the song the vocal line, swooping upwards momentarily, reminisces on bygone times. This is the start of the love affair turning into mere fading memories. Throughout the song the tessitura gradually moves lower through the voice and the finality of the break-up is confirmed when the voice lowers to its deepest point in the final line. The descent into the abyss of love lost is confirmed when the piano has the last say with two final crashing chords.

Tomorrow I shall share my thoughts on the second song in the cycle, “So are you to my thoughts as food to life”. The photo of Cable and Tchaikowsky as well as the recording of their performance is courtesy of www.andretchaikowsky.com